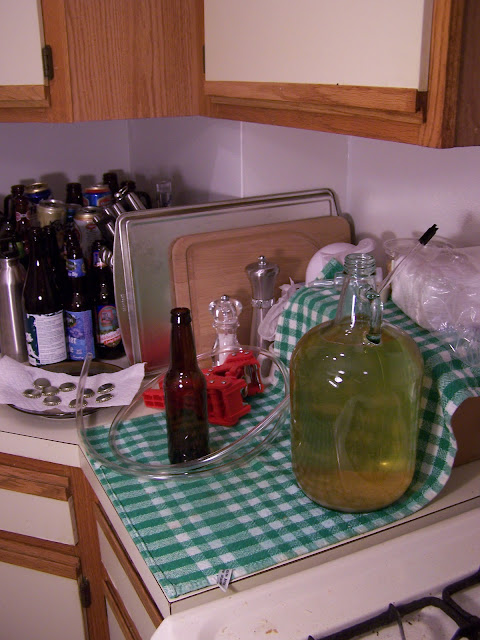 So, after my failed attempt at racking the mead to remove the yeast from the bottom of the jug, I decided to take a different approach and bottle the mead into 12 oz. beer bottles. Starting with 8 bottles, not enough to use all the mead, I saved some to drink and a bit of waste to avoid bottling tons of yeast as well. 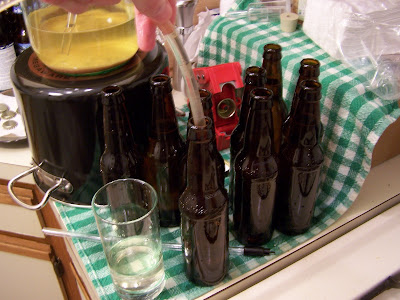 I used a sanitized plastic hose to siphon the mead from the jug to the bottles. I started the hose with some water which I poured into the glass seen in the picture above. This is an easy, much more sanitary, way to begin a siphon. Alternately, using a solution of no-rinse sanitizer and water to start the siphon is cleaner yet. 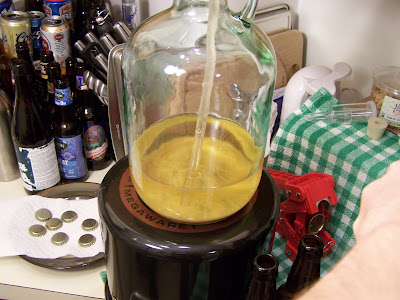 As the jug started getting closer to the bottom I was careful to keep the hose hovering just above the sediment in an effort to leave as much behind as possible. These are also crucial moment. As the jug begins to empty, it is much more difficult to restart the siphon because of the vertical distance that the mead has to travel to begin a continuous flow. 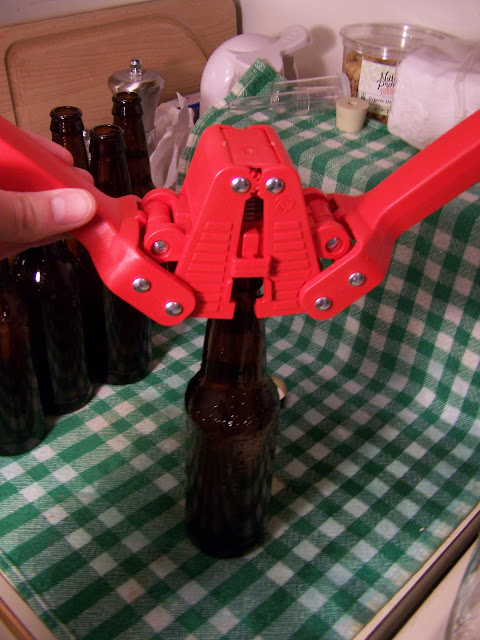 After all of the bottles are filled to about mid-way through the neck, its time to cap them. This nifty contraption is used to crimp the edges of the cap on top of the bottle creating the seal. 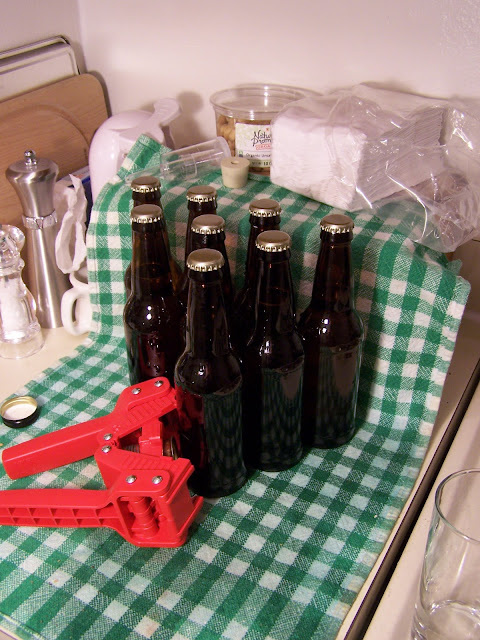 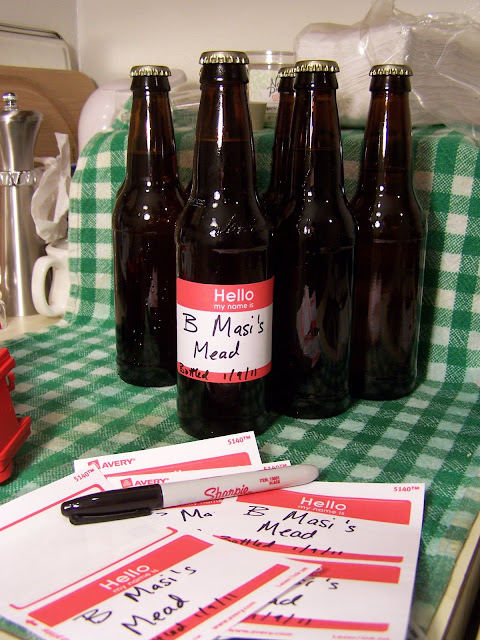 After capping all of the bottles I decided to use some of the 'Hello my name is' name tags that I've had laying around since Halloween to label the bottles. 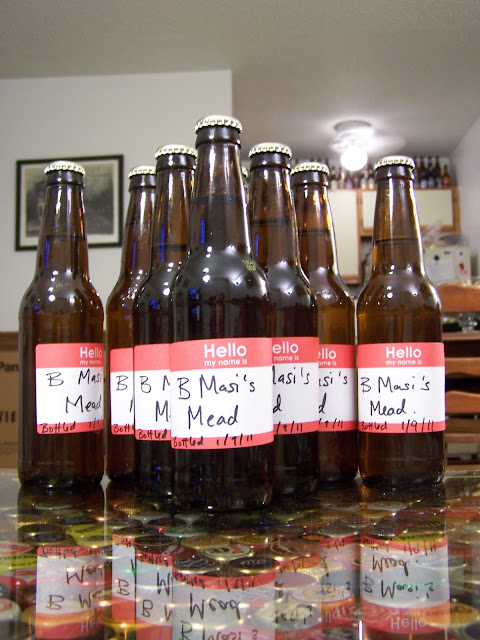 Once they were all done they went back to the refrigerator for future enjoyment. Now I'll just have to find out what professional mead tastes like and if my homebrew attempt at it was indeed as successful as I think it has been.
Keep an eye out for future homebrew series here at Musings on Beer. It's been quite a while since I last attempted to brew beer, so maybe I'll get a new project going soon.
See the other parts in the series:
Part 1 - Mixing the Ingredients
Part 2 - Pitching the Yeast, Beginning Fermentation
Part 3 - Racking the Mixture
Part 4 - Final Racking
Posted by Unknown at 9:13 PM