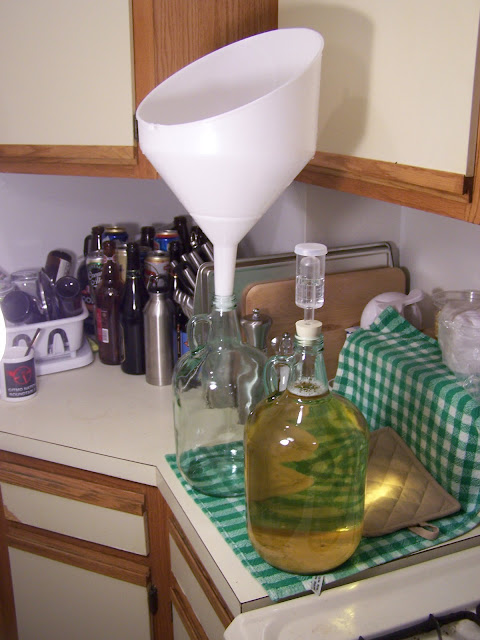 After a few weeks of fermenting away in my refrigerator, my mead is actually mead. I originally planned to leave the finished mead in a jug, so I decided to rack the mead one more time to remove some of the yeast sediment from the mead. 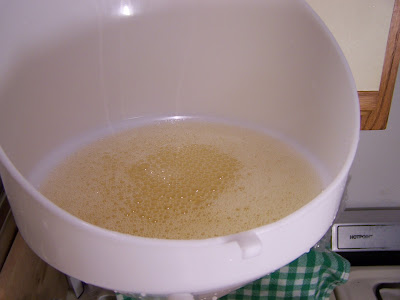 I poured the mead through the funnel again, which has a fine mesh screen in it. I had naïvely hoped that this would catch a majority of the yeast, but it didn't, what I ended up with was essentially all of the sediment mixed in with the final batch. In the future, if I decide to try to filter out yeast from mead (or beer) I might opt for several layers of cheesecloth instead of the screen. 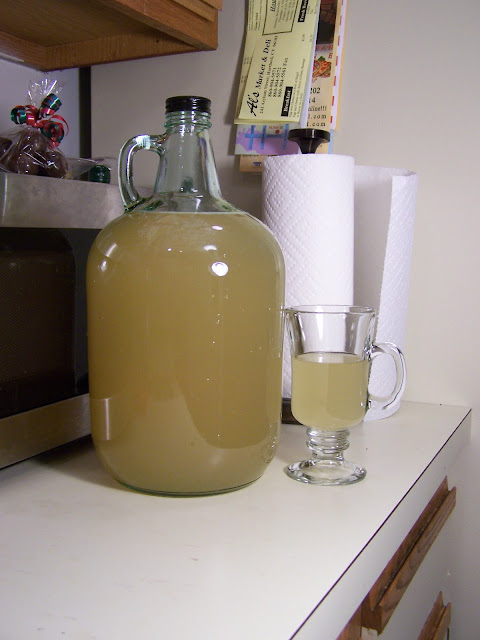 Before shaking up all of the yeast on the last rack, I poured myself a small sample to try. Unfortunately, I don't have much to go on for comparing this mead to the professional stuff.

For now, though, I know that this honey wine is quite sweet, but not cloying. The spices that I added in the original boil come through quite clearly. The cinnamon as well as the cardamom seem to be most prevalent. There's a minor citrus note from the lemon zest and an interesting waxy honey-comb like essence near the finish. I'd say its certainly enjoyable and there's nothing about it that I see as off-putting. So, at this point I'd say my experiment in mead-making was a success. I also think any future attempts will benefit from the experience I gained this time around.

Stay tuned for one last installment of this series, where I bottle up the mead and label it.
See the other parts in the series:
Part 1 - Mixing the Ingredients
Part 2 - Pitching the Yeast, Beginning Fermentation
Part 3 - Racking the Mixture
Part 5 - Bottling and Labeling
Posted by Unknown at 7:08 PM