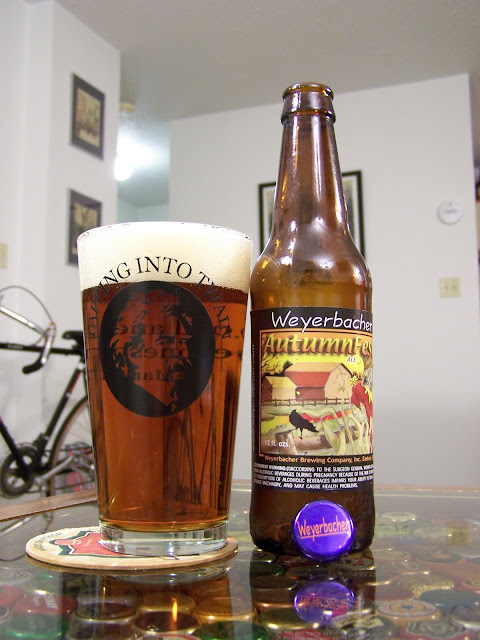 The AutumnFest Ale from Pennsylvania-based Weyerbacher pours a deep tawny amber body with a slightly yellowed light tan head. The creamy medium-sized head has solid retention and produces thin lace on the glass. The nose has sweet caramel malts with a slightly spicy edge. A moderate woodiness plays off the vaguest hint of chocolate. Hops lend a dryness, but are light on the bittering.

This ale's carbonation is mild and the beer almost seems to teeter on wateriness because the beer doesn't exude body. The flavor is very earthy with a dank woodiness that gives the beer an almost bock-like quality, two seasons late. Light biscuity malts have a toffee sweetness. Chocolate notes develop late and fade into the aftertaste. After the mild sweetness of the beer, the mild cocoa adds a bit of depth.