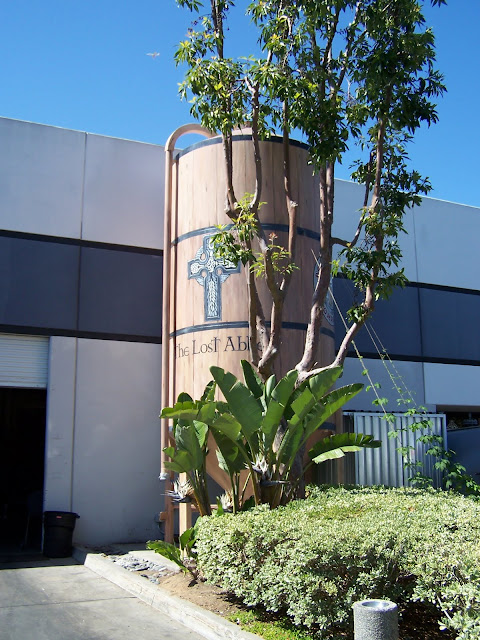 On my way down to San Deigo from Los Angeles I could not miss stopping at the popular, but elusive Lost Abbey. The brewery, along with its "American side" Port Brewing Company are well known and popular among beer drinkers in the region, but has very sparse distribution. From Connecticut, the closest areas in Lost Abbey's distribution are the Boston and Philadelphia metro areas. 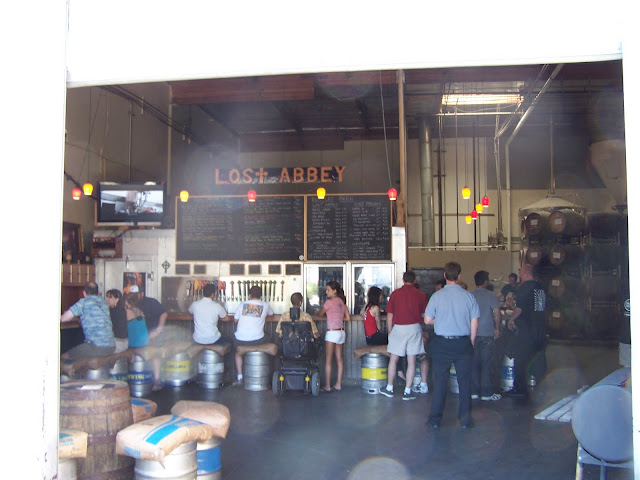 The brewery is hidden away in a commercial park, but clearly marked by its grain silo painted to look like a large barrel. After entering through the large garage door, the open taproom is directly ahead. I got lucky on my timing. I was in the area on a Wednesday, but the taproom is usually only open for bottle sales. I was more than happy to find out that because the Home Brewers Convention was in town, Lost Abbey modified their hours. 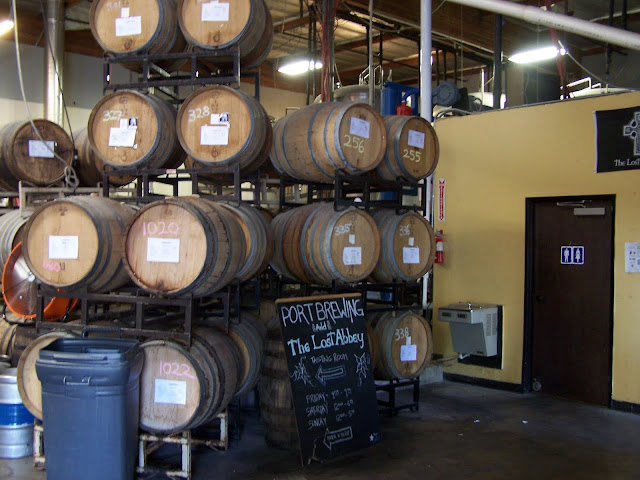 Lost Abbey has a large barrel program, giving their beers interesting, layered flavor profiles. The evidence of their barrel aging was all around the facility. 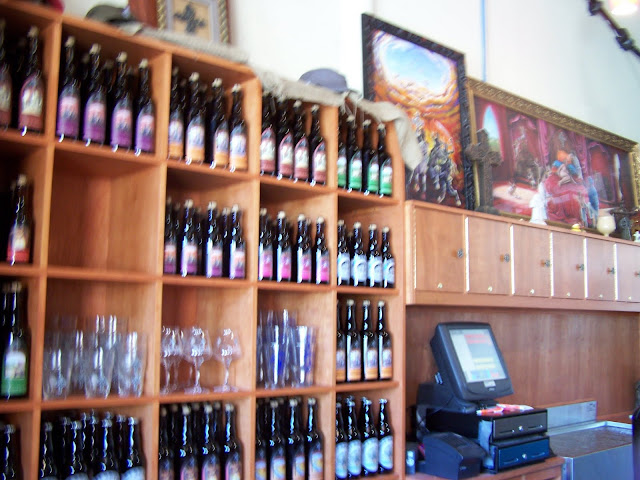 At the counter of the tap room I sampled six Lost Abbey beers. A number of them were also available in bottles, although I didn't buy any. I did, however, buy a glass as a souvenir. 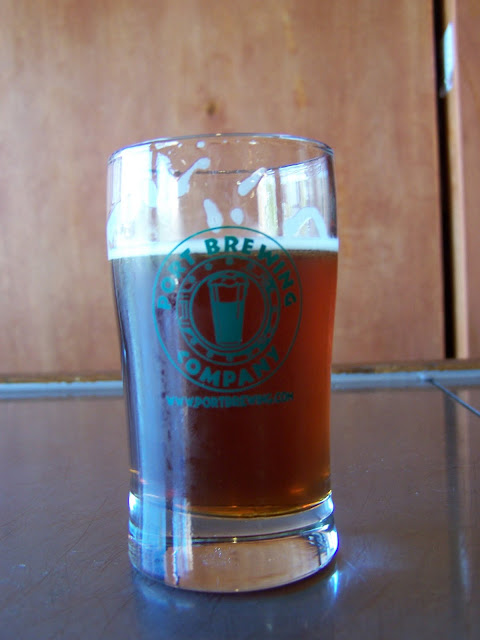 At the Lost Abbey they insist that this beer is truly Avant Garde, and it should not be considered brewed in the style of the traditional French Bière de Garde style. While it may be true, or at least believable, this beer does share some similarities to the style, as well as the related Belgian Saison style. The beer pours a rich ruby amber with a moderate white Caramel and honey essence are present in the malt aroma as well as a mild booziness.

The beer has a pronounced spice spice element and a subtle depth of flavor and richness. It seems fairly dry and has a somewhat musty or dusty component, consistent with the cellared edge of the style. There's a slight mash feature as well as a seemingly charred flavor. It doesn't seem like the charred roasted flavor of a stout, there's a greater emphasis on the woodiness than the smokiness. A delicious, well-made beer. 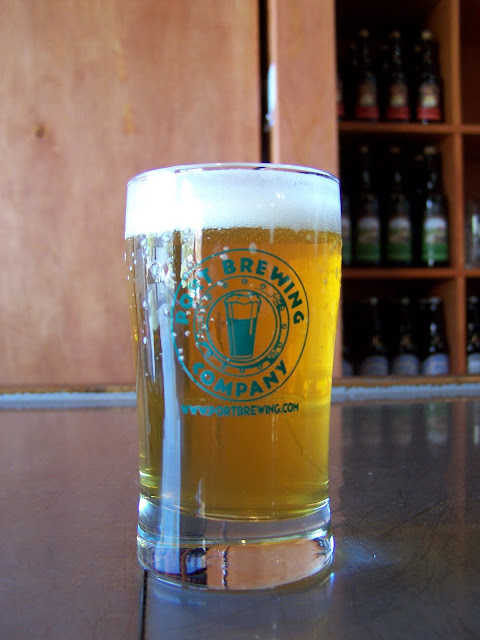 Following up the Avante Garde, I had the Red Barn Ale. The order is very fitting considering the Red Barn Ale is a Saison-style beer, also known as a 'Farmhouse Ale,' which has a heritage very similar to the Bière de Garde. The beer poured a golden straw body with a healthy white head that carried a slightly creamy texture. The nose was spicy, with hints like a witbier. In fact, the beer is brewed with barley, wheat, and oats.

Very big on the spice, there are hints of ginger and black pepper that give the beer a drying edge. Pronounced citrusy orange peel is prominent blending with the spice notes and the semi-sweet malts of the beer. The carbonation is very crisp and lends itself to a crisp finish with a lasting spiciness. 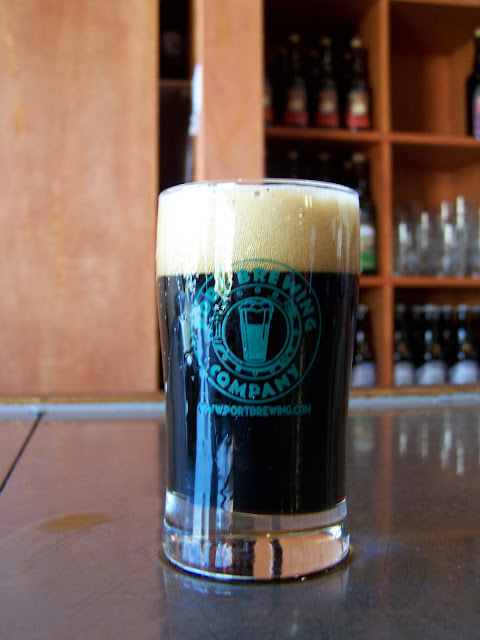 Serpent's Stout, an American Imperial Stout pours a very dark brown with a thick, creamy medium tan head. Smokiness is pervasive on the nose with rich, deeply roasted, coffee notes and a hint of dark chocolate.

The body of the beer is strong with a smokiness, bold caramel and minor esters. The beer seems very thick, almost pudding like. In a 4 oz. sample it was difficult to determine how heavy the beer actually is, but it seems very strong and clearly alcoholic. Not a session beer, but an event. Dark roasted malts add sweetness of caramel and toffee that are tempered by the smoke finish. 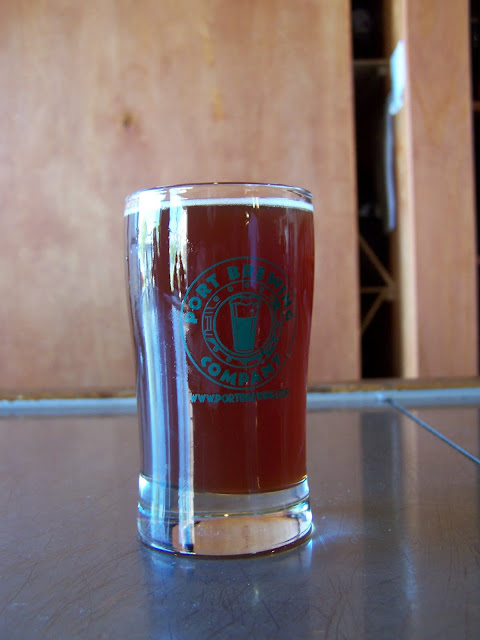 Framboise de Amorosa is a famous, interesting, and unique play from the Lost Abbey. Although I can't confirm there is actually any spontaneous fermentation going on, I've seen it dubbed an 'American Wild Ale,' clearly taking after the Belgian Lambic ales that undergo spontaneous fermentation. Similarly, the Belgian Guezes have fruit added to them to produce a variety of interestingly and delicious fruit beers.

In this case, the beer is aged in fresh red wine barrels and sees three additions of raspberries during its year-plus aging period. The beer pours with a ruby accent to a light amber body. The glow is brightly red and the nose is a sweet, candy-like, raspberry.

The sweet raspberry flavor is akin to a Belgian Framboise, but with a much more sturdy malt body. The underlying malts aren't quite overshadowed in this case, and there's a clearly present alcohol component. There's a very familiar candy sugar feel toothsome feel on the finish. 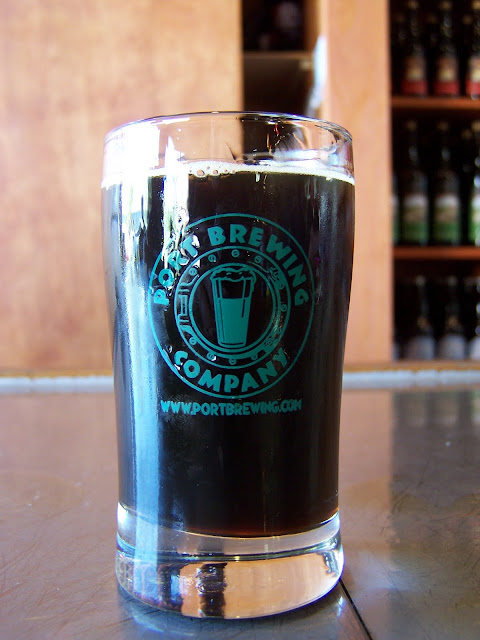 As I hear, the beer starts out a lot lighter, more of a burgundy than a brown, but after a year in a barrel, it comes out more of a deep brown mahogany with mixed ruby and golden glows. A year in a Brandy barrel adds a considerable boozy grape component to the beer as well as a mild oakiness on the nose.

The beer has big chocolatey notes and a velvety mouthfeel. It is boozy and strong with raisins for days and tons of sweet dark fruits, which play well with the depth of flavors imparted from the barrel aging. A slight evaporating carbonation adds a tingle to the finish of the beer. It is very different from the common understanding of what beer is. The Lost Abbey is not the first or the last brewery to delve into barrel aging, but this is a great example of what can result. I preferred the Brandy barrel-aged version of The Angel's Share to the Burbon barrel. 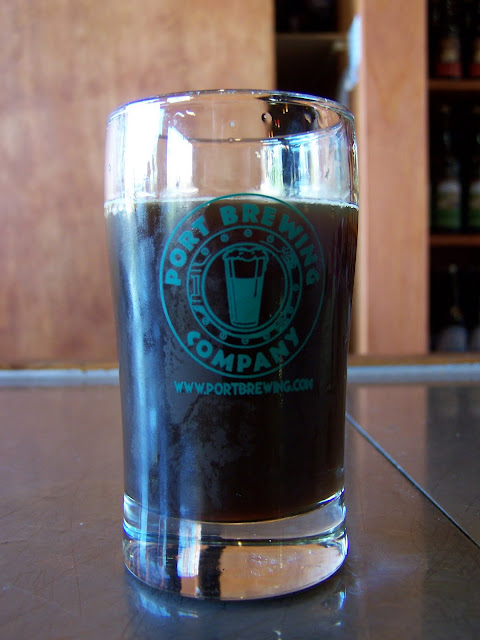 The Burbon barrel-aged version of The Angel's Share pours a very similar mahogany brown with competing glows from within. The nose carries a distinct smokey whiskey edge with clear vanilla characteristics. The oak from the barrel also asserts itself on the nose.

An unmistakable Burbon aroma manifests itself in the flavor giving this beer a strong whiskey influence. It almost overtakes the beer. The fired oak flavor is present throughout, as well. I preferred the Brandy barrel-aged version, but would gladly have either. Both were well worth trying, given the opportunity.

From their website: "Down in Kentucky and across the pond in Scotland, distillers who age their whiskeys for many years refer to the evaporation of the spirits from their barrels as "The Angel's Share." We couldn't agree more. Each time a barrel is filled, a measure of liquid seeps into the oak and is lost for good."