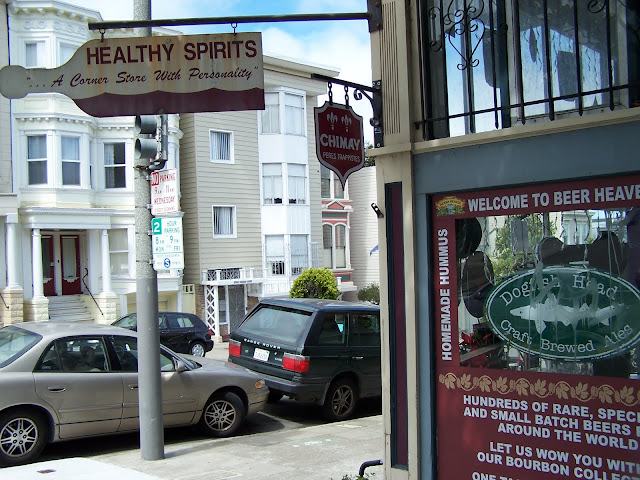 While exploring the various neighborhoods of San Francisco I came upon a little beer store called "Healthy Spirits." With a name like that and Chimay Trappist sign hanging over the doorway at this corner establishment, I couldn't stay away. 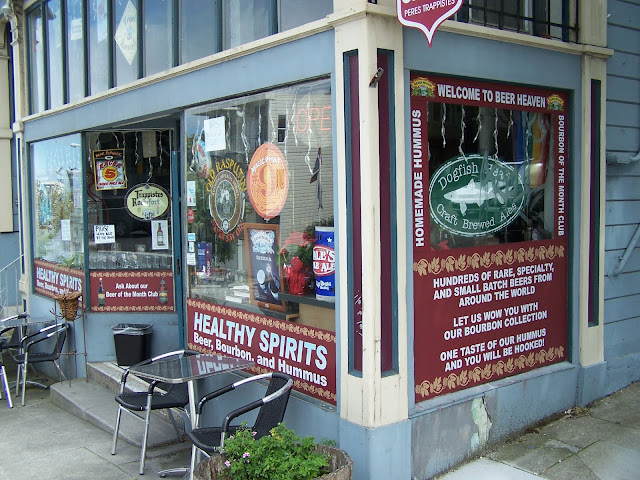 The ample decorations were a sign of the ample section to come. The spot had a wide selection of beers and an impressive selection of glassware. Thinking back, now, I am wondering if I could've purchased a beer (and maybe a glass too) and enjoyed it outside at one of those tables. That would've been a great way to enjoy the beautiful day, but I'm not sure about San Francisco's laws regarding drinking outside, or if Healthy Spirits is licensed for on-premises consumption. 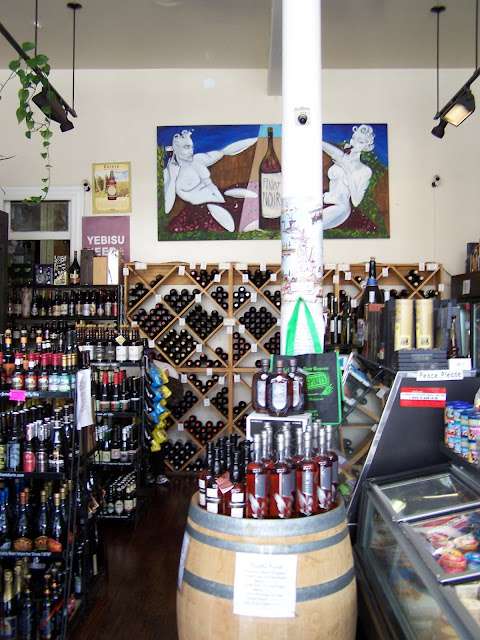 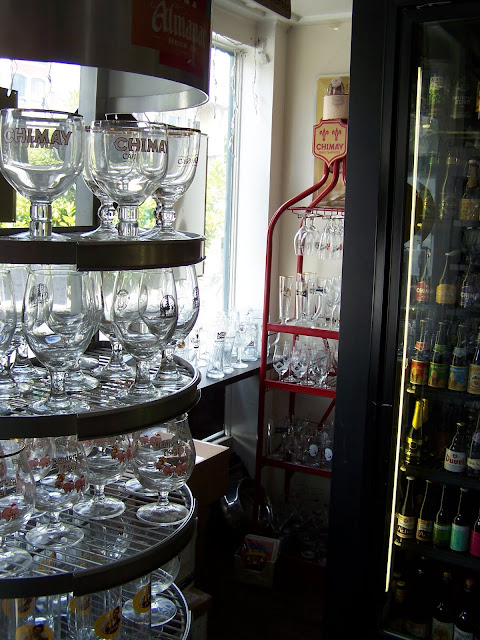 Unfortunately, most of my photos from inside came out blurry. What's more, the one's that came out clear weren't great shots to begin with. Either way, the selection of single bottles (chilled and room temperature) was impressive. I got sold by the proprietor on an interesting selection of (very) Old Ales by George Gale & Co. I bought the series of five years 1996-2000 for $10 total.

Overall, I'd say the Old Ales were a bit too old for their good. These vintages have received very favorable reviews, but the reviews I've seen pegged them mostly between five and seven years old at the time they were consumed, where the youngest I tried was between ten and eleven years old. 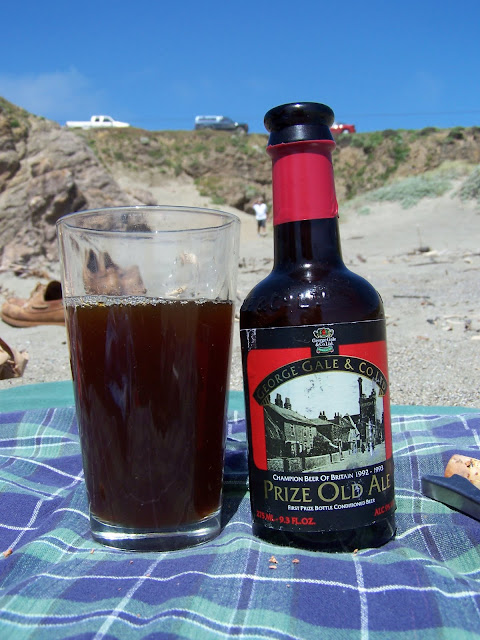 The corked bottle pours a dark murky brown that gives the appearance of a secluded murky lake. There no head of foam and very little carbonation, almost none perceptible to the tongue. A decade or so will do that to a beer sealed with a cork. The nose is slightly boozy and grainy with a hint of aromatic apples.

The body of the beer is smooth and slick. There's a slight bit of booziness, but no burn or much heat in the chest. A definite Port wine character defines the beer buttressed by apples with a slightly sour, but subdued edge. Minor dates and dried dark fruits lend some added depth and a sweetness to the beer. The finish is dry and sweet without any crispness. 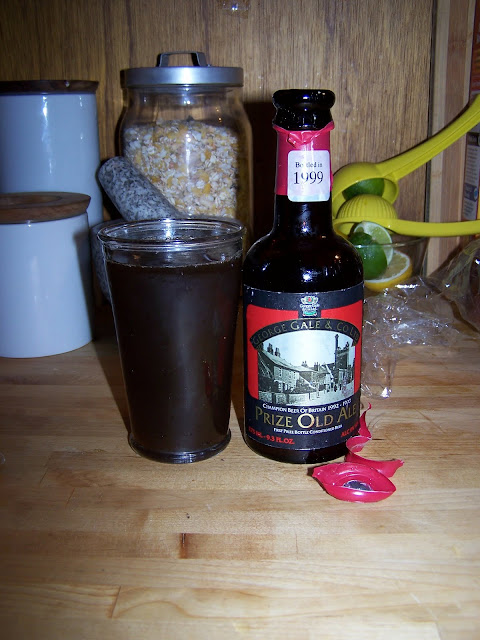 The 1999 Vintage of Gale's Prize Old Ale shares many of its characteristics with its younger sibling from 2000. The beer pours the same murky brown with almost no carbonation and absolutely no head. The crispness of a firm carbonation has long leaked from this cork-sealed bottle. The same boozy graininess and a hint of apples is present here as well.

Added to the Port wine character of this beer is a certain medicinal quality. It's not exactly off-putting (although it gets close), but changes the overall tone of the beer. Added to the more-sweet apples is a hint of spice and a distinct nuttiness. Overshadowing the dried dark fruits here is a powerful walnut character. My gracious hosts at 'The Shack' agreed (as I remember). The sweetness is more considerable than the younger vintage. 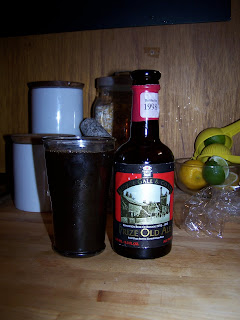 The only big difference between the 1998 and the two I reviewed so far is the sweetness. If the 1999 was sweeter than the 2000, the 1998 is much sweeter than both. At this point I found the sweetness completely off-putting. To the point that the beer was almost undrinkable (in my opinion) the sweetness was cloying and overbearing. One additional difference that I noted was a further development of the nutty flavor. Beyond the distinct walnut there was a modest addition of a dank, earthy, woodiness.

Alas, my stay at 'The Shack' came to an end before I could sample the final two vintages (1996 and 1997). As a result, I'll be relying on my friend and host, Alix, (a homebrewer) for her opinion. Little does she know she's been tasked with this, but she has.