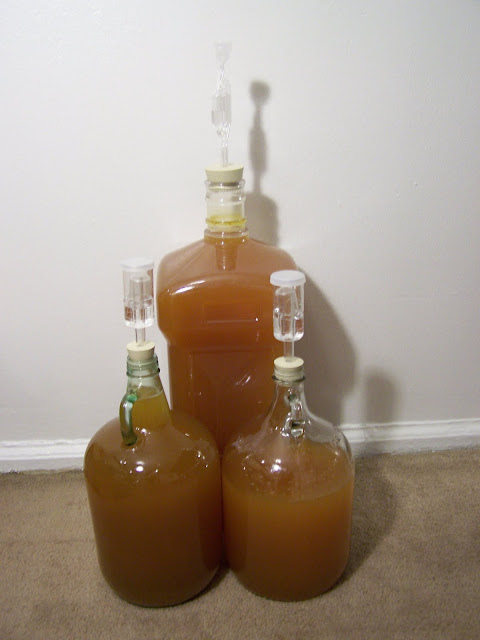 Part 2 - Straining and Racking the Wine

After about 10 days (this blog post is quite late) of initial fermentation in a large bucket, the early stage wine was ready to be transfered to a new fermenting jug. To my surprise, the blossoms, as well as most of the fruit, was floating at the top of the original bucket. I scooped out most of the blossoms, squeezing the liquid from them through a cloth steeping bag.

After most of the fruit, blossoms, and debris were scooped out, and with some help, I transferred the wine to the new jugs through a large funnel with a mesh screen. When purchasing the plastic carboy I under estimated the amount of wine that I had. Luckily, I had some extra jugs left. The jug on the left is 4 liters and the jug on the right (not full) is 1 gallon.

With airlocks in each of them, they are continuing the process of fermentation. According to the recipe, I should let this next stage of fermentation go for about 30 days. After that, I will rack the wine to new jugs (probably to a bucket temporarily) to sit for another 90 days before bottling.

I plan to keep an eye on them during the 90-day period. If the wine starts to become clear, I will rack the wine again to leave as much sediment behind as possible. The more times the wine sheds some sediment is racked, the clearer the final product will be. As you can see, the wine has a lot of time ahead of it. 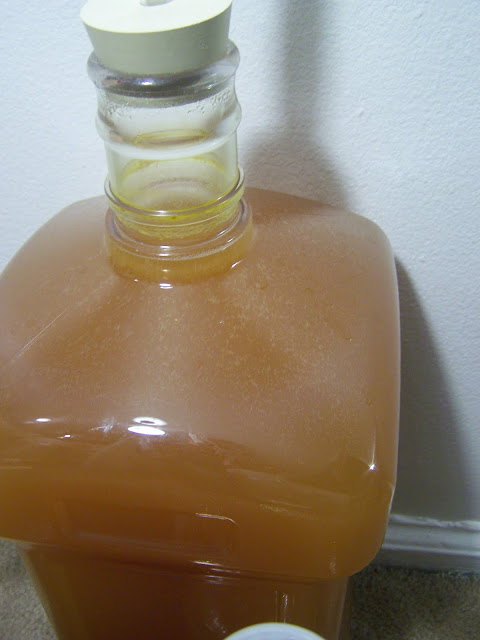 The three-gallon carboy undergoing vigorous fermentation one day after it was transferred from the bucket where the initial fermentation began. 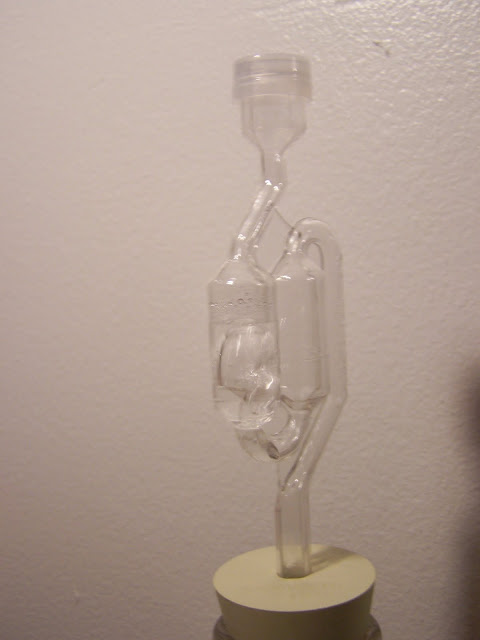 A large bubble of carbon dioxide escaping the carboy through the airlock. The staff at the homebrew store suggested the 'S' shaped 'bubble-type' airlock be used on the carboy. I used the 'three-piece' airlock on the two glass jugs. 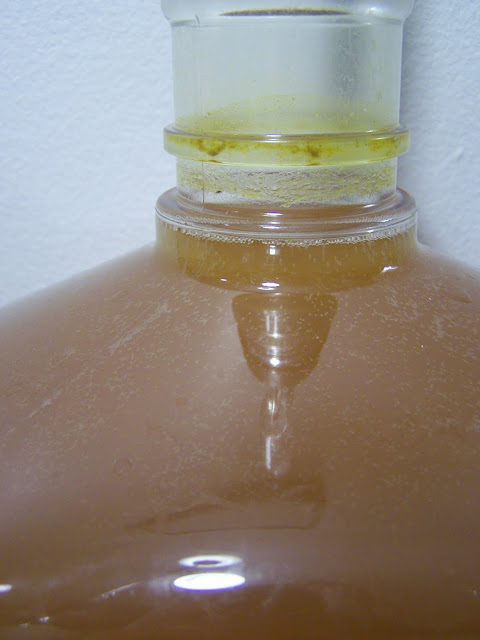 An closeup photo of the active fermentation in the carboy. The yellow scum around the neck of the carboy is primarily pollen from the dandelion blossoms. The large amount of pollon from the flowers also stained the inside of the food grade bucket I used for the start of the fermentation. I plan to keep the bucket, but use it primarily for dandelion wine in the future.

See the other parts in this series:
Part 1 - Beginning the Wine