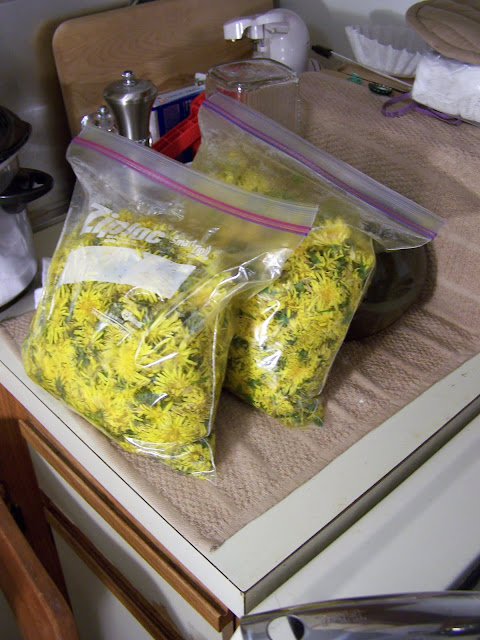 Part 1 - Beginning the Wine
On Sunday I took advantage of the beautiful weather and the copious amounts of dandelions in Bushnell Park in Hartford, Connecticut and decided to make a batch of dandelion wine. I spent about an hour and a half in the park, picking 3 gallons of dandelion blossoms (the third gallon-sized bag is not pictured here). The weather was great, the picking was easy, and people were surprisingly interested. Most of the people I talked to had either heard of or had dandelion wine, and everyone thought it was pretty cool. 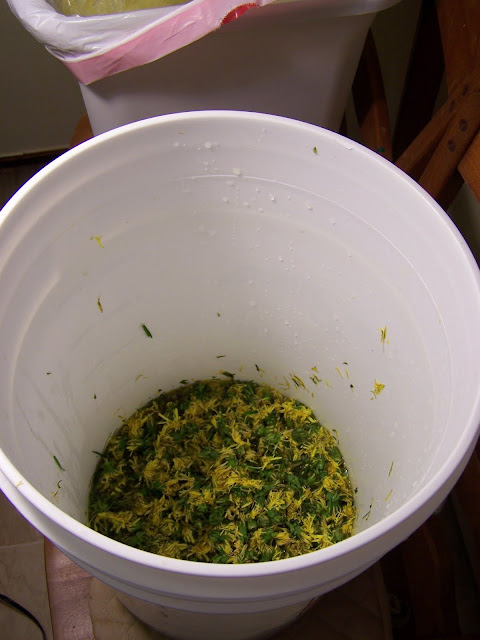 After picking the dandelions, I washed them in batches and trimmed off some of the green and stems from the blossoms. Working with only petals makes the wine sweeter, but with a limited amount of time and manpower, I only trimmed the most obvious stems that I noticed. Given more time or additional help, I would've trimmed them more closely. 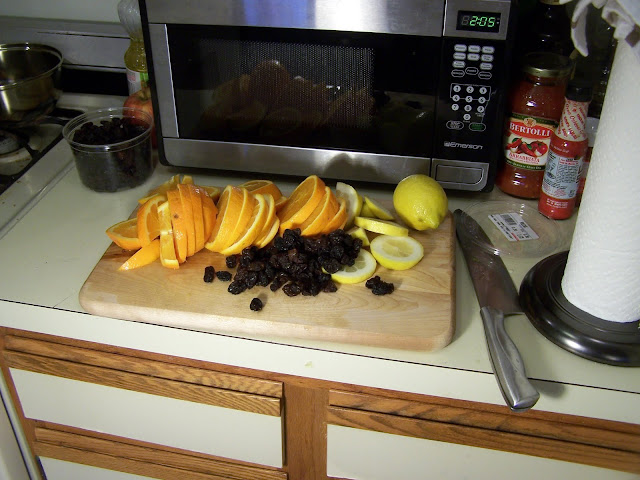 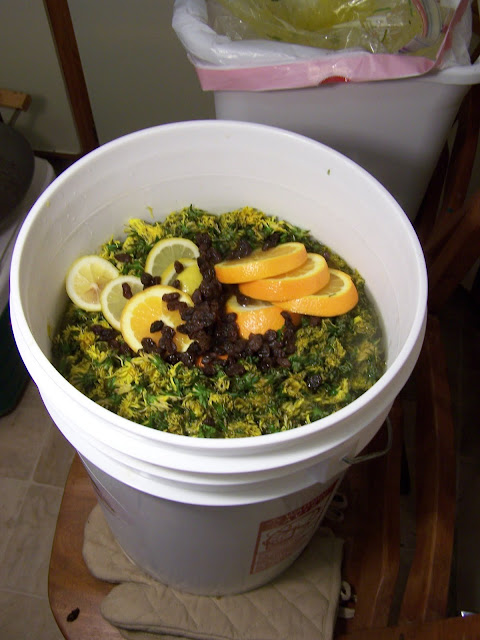 About 4 gallons of boiling water are added to the dandelion blossoms and the fruit is added on top. 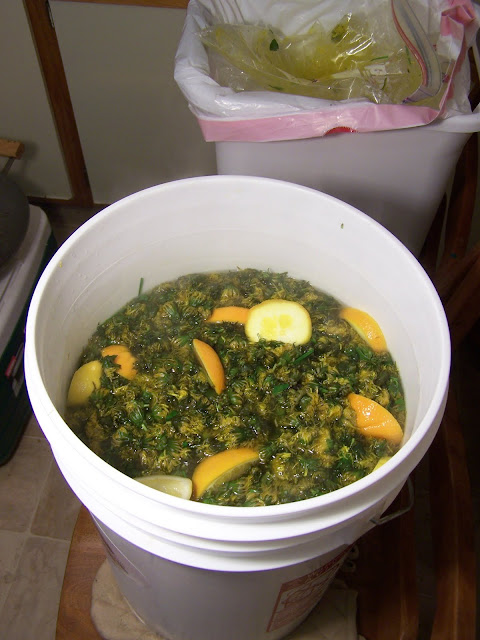 The mixture is stirred together and ready to cool overnight, while soaking. The recipe called for sugar to be added the next day. 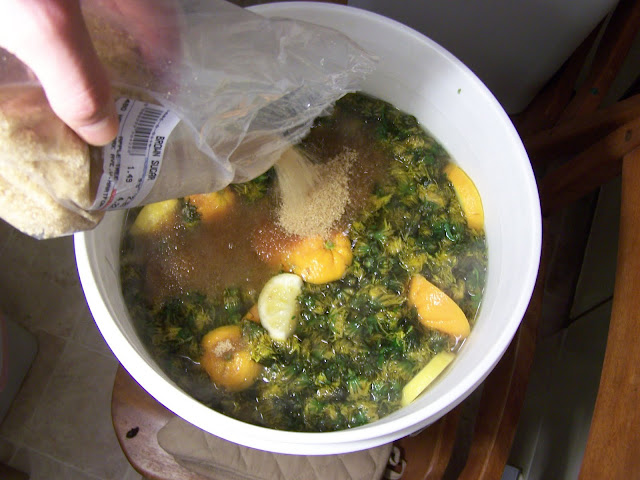 Because so much sugar is necessary (the recipe specified by measured original gravity, but others called for anywhere between 2 and 4 pounds per gallon of water), I added between 40-50% of the sugar on the first day (all of the sugar I had). I decided that dissolving many pounds of sugar would've been too much of a hassle when the whole mixture was room temperature.
The first day I used 4 pounds of large-granule pure cane sugar and about 2.5 pounds of brown sugar. On the second day I ladled some of the mixture into a large pot. I heated it on the stove and disolved (approximately) an additional 8 pounds of brown sugar, while the yeast primed in a small portion of the mixture. I reincorporated the portion with the added sugar, mixed it well, and added the yeast.
The entire mixture is waiting, sealed with an airlock, as the fermentation begins. The next step, in about a week and a half, will be to strain the fruit and blossoms from the mixture.
See the other parts in this series:
Part 2 - Fermentation
Posted by Unknown at 7:00 PM