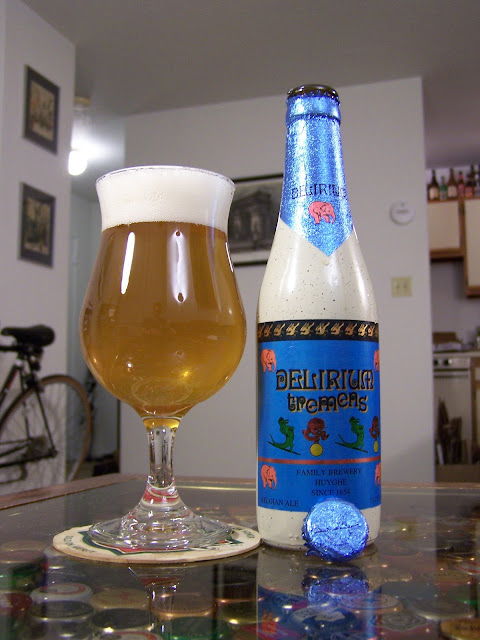 This Belgian Strong Pale Ale is named after the condition called delirium tremens, a condition resulting from the withdrawal from alcohol use. The beer pours a moderate sparkling gold with a haze of floating yeast. There's a ton of rapidly rising carbonation, constantly refreshing the large, fluffy white head, which is slow to fade. The beer has a strong effervescence, but leaves relatively little lacing.

The nose has huge green grape notes that are clean and fresh. A bright apple juice character is backed up by a moderate spiciness of coriander and hint of citrus. The citrus rind shows up strong up front while the foamy head adds some extra body to the beer's crisp mouthfeel. There's a very mild tinge of alcohol near the finish that adds a bit more edge to the herbal spiciness of the beer. A bit of honey sweetness develops and lingers through the dry, persisting, finish.