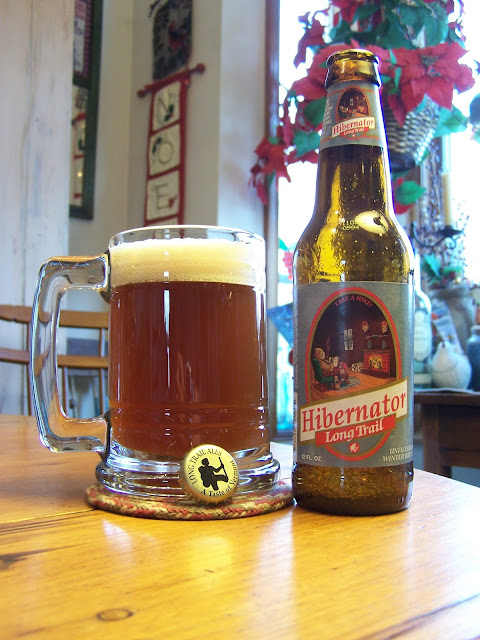 Long Trail's Hibernator tricked me at first. With a name ending in '-ator' I assumed it'd be a double bock and make for excellent winter drinking. Instead, it's a Scottish Ale, which also happens to make for great winter drinking. The body is a hazy glowing brown with an apple cider-like complexion. The sudsy yellowed head is creamy with great retention and eye-catching lacing.

The nose is grainy with a clear caramel sweetness. The hops are light but present with a floral bouquet. The same base malt from the Long Trail Ale is present and makes the two beers seem very similar. The toasted malts in the Hibernator give the beer a bread-like biscuity quality. Hibernator is also considerably hoppier, although the hops are more for aromatics in this beer. Like other Scottish Ales, this is definitely a malt bomb. If you like robust and malty beers, this is a great one to try out.