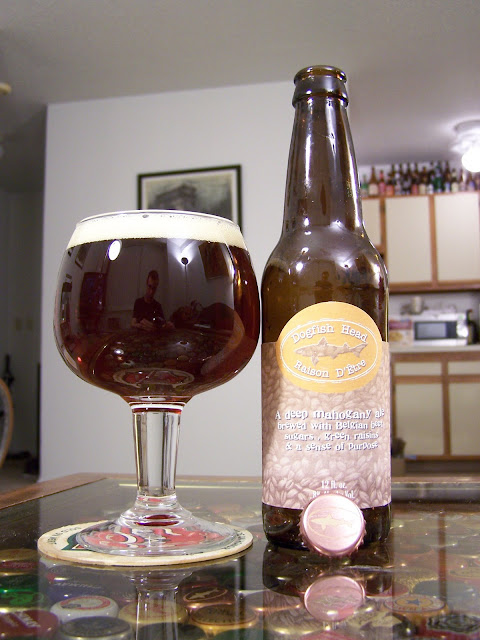 Can Dogfish's "Raison D'Être" really live up to its self-prescribed position as a reason to live? It's a tall order, but seems more like a clever play on words, just to let you know that it's brewed with raisins. The beer pours a rich mahogany with a ruby glow. The head is a thin, light tan that is similarly light on retention and lacing.

The nose is quite sweet, but carries some earthy tones as well. The raisins are notably present in the nose, assuring your of their presence. Teaming up, a bit of dark cherry perfume makes it through the malts as well. The mouthfeel is initially silky, but quite subdued and very light on carbonation. There's a brown sugar edge to the beer which is prominent, but straddles the border with cloying. There's a clear Belgian influence here. As the beer rounds out a bit of spice and alcohol develop on the finish.