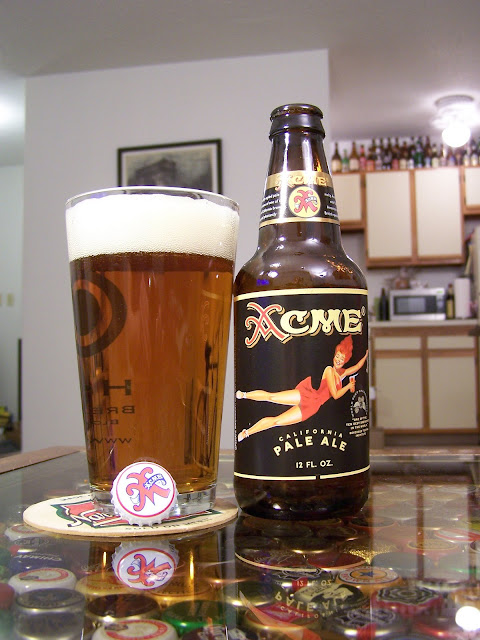 North Coast's ACME Pale Ale pours a crystal clear amber, bordering on a darkened straw. The large fluffy white head has good retention and decent lacing. The nose is very lagery with sweet grains and light hopping that seems a bit like the Noble varieties you find in Pilsners, although, according to the hop bill, none of those varieties are to be found here.

The beer seems medium bodied with a somewhat velvety mouthfeel. The hopping is quite light, while the beer comes across quite malty. There's a light toastiness, which lends itself to moderate caramel sweetness, but not much. There are also hints of apple juice near the end. The aftertaste is a bit thin. In my mind, this is nothing like a Pale Ale. After the absolute hit that was Red Seal Ale, I was hoping for a lot more.