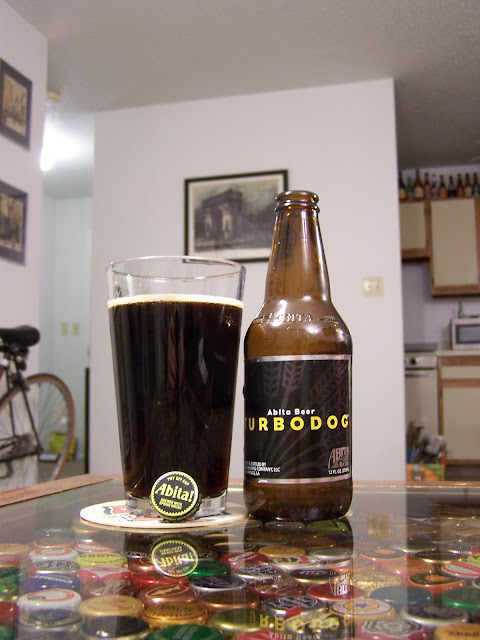 Abita - Turbodog
Purchased From: Harvest Fine Wines & Spirits
Serving Type: 12 oz. bottle, poured into a pint glass
After the severe disappointment with Pecan Harvest I had much higher hopes for Turbodog. Based on the reviews at Beer Advocate, I thought Turbodog could be the much needed redemption for Abita.
It pours very dark for a brown ale and comes with a slight red glow. There’s a small tan head to start, but lack of retention sends it packing pretty quickly. No lacing here. There’s toasted malts on the nose, but they’re similar to the Pecan beer. At this point I was already concerned. There seemed to be the same medicinal and artificial aroma that ruined the last beer.
A mild smokey character and hop bitterness redeem this beer a little bit. Unfortunately, the same underlying astringency that made the other Abita unpleasant shows it ugly head again. This one isn’t altogether unpleasant, but not something I’m going to be looking for in the future.
Final Verdict: D+
Posted by Musings on Beer at 4:00 PM