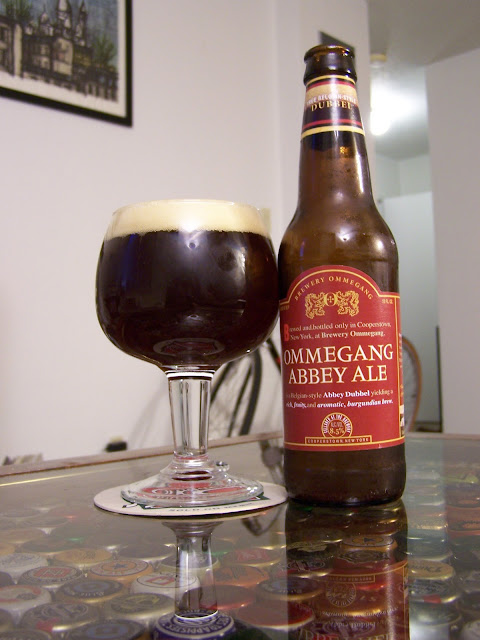 Ommegang - Abbey Ale
Purchased From: Harvest Fine Wines & Spirits
Serving Type: 12 oz. bottle, poured into a goblet
This ‘Abbey Ale’ is a Belgian-styled dubbel ale, brewed in New York. No abbeys involved, but don’t let that deter you. Ommegang pulls out all the stops to deliver American-brewed, Belgian-inspired beers, worth checking out. In case you’re not convinced, they’re now owned by Belgian brewer Duvel.
The ale pours a deep brown color with a slight ruby glow. It packs significant carbonation, but the thin head dissipates quickly out of 12 oz. bottle. There’s some honey and caramelized sugar as well as spice on the nose. Hints of clove abound. A floral bouquet is also clearly present.
This dubbel packs a punch at 8.5% ABC, but the alcohol remains subdued with only a slight heat after the finish. The strong spiciness of the beer helps to contain any effects of the relatively high alcohol content, typical of this style.
Posted by Musings on Beer at 4:00 PM