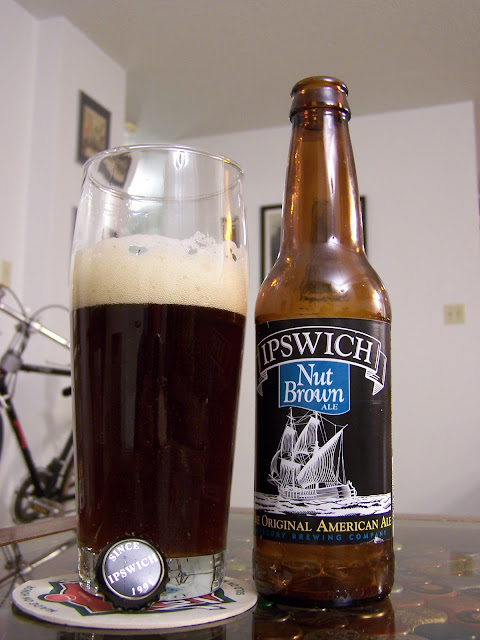 Mercury Brewing Company - Ipswich Nut Brown Ale
Purchased From: Harvest Fine Wines & Spirits
Serving Type: 12 oz. bottle, poured into a Becker glass
This American (brewed in Ipswich, MA by Mercury Brewing Company) take on an English brown ale pours a dark brown, with a red hue against light, with a small, but thick, foamy head. The head produces a fair amount of lacing on the glass. This one also poured with a ton of yeast floating in the beer, blurring any potential clarity.
It starts with a strong chocolate aroma, which is not immediately present in the taste. It’s got a fair amount of malty sweetness, tempered by light hopping and bitterness from the toasted malts. The nuttiness in this nut brown comes near the finish, producing a commendable balance.
The mild carbonation tempers the inherent creaminess of the beer, so it doesn’t seem heavy at all. Finally, the light hopping and toasted malt give the beer a crisp finish, which invites another sip.
Posted by Musings on Beer at 4:00 PM